Rogan’s Shoes is a Perfect Fit for Znode

Rogan’s Shoes is a Midwestern footwear retailer headquartered in Racine, Wisconsin. Since launching in 1971, the family shoe company has grown to 32 brick and mortar stores in four states. Rogan’s Shoes entered the world of ecommerce in 2004, and although excited to begin selling its products online, the company soon encountered the difficulties of launching an ecommerce platform. 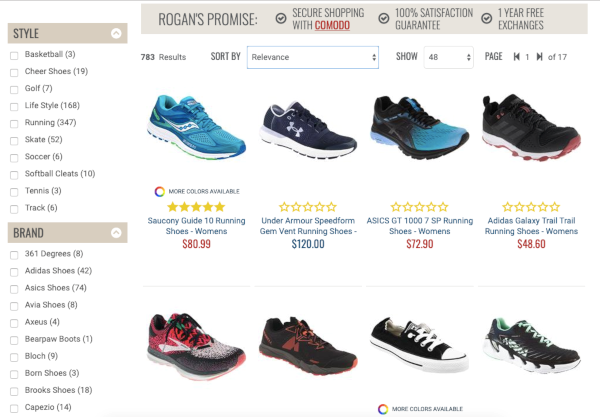 Rogan’s Shoes found a perfect fit with Znode. The .NET framework of Znode helped improve page load times and site speed, contributing to Rogan’s Shoes significantly boosting conversions within six months of launching the platform. Znode’s multi-store functionality allowed the company to create five different online stores for specific types of footwear, and apply a virtual catalog for each of these stores through the Znode PIM. Additionally, Znode’s open API allowed for seamless integration with interfaces such as PayPal and Authorize.net, contributing to a convenient shopping experience and updatable platform that can easily house the over 10,000 items Rogan’s Shoes has available online.

Subscribe now to receive the latest on b2b ecommerce

Get ready to get more out of an ecommerce platform.